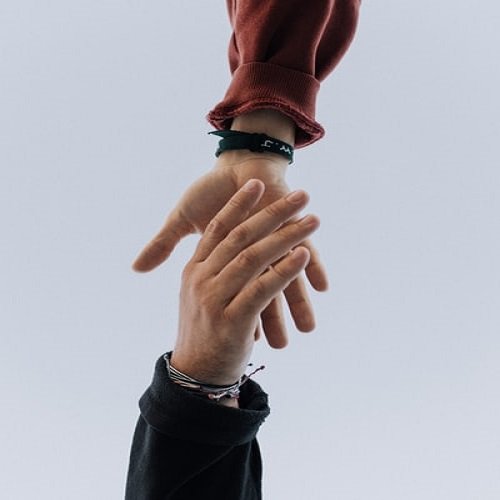 Per my usual, I was recently reading, and the author mentioned how God had created man for relationship, then added that the Creator desires for His creation to be dependent on Him. As we have heard many times before, when Satan tempted Eve in the garden, he raised questions about whether or not we can trust God. Can we depend on God to be who He says He is? Can we depend on God to do what He said He will do? In this deception, two simple things happened to humanity: man doubted God’s sufficiency (Can God be trusted with all things?) and we began to believe our autonomy (We can do this on our own!).

Currently, we are in world that is in turmoil. A microscopic virus has been used to control mankind by creating fear in vast numbers of people. “Is it real? Is it as bad as they say?” These and other questions are constantly being debated and mentally processed by many of us. Then we have protests and riots against racism popping up all around the country. Often the results of these actions leave those who observe asking “What really is the point being made? What is really going on?” Never in the history of our country have we seen such times of protest, increased attempts to control, and widespread fear.

What is rising from the narrative though, is the ‘assurance of hope’. If we vote for “this candidate” all will be well, and humanity will be the better for it. What is clear is, both political parties feel they and their plans are the answer to a better America, a better world. Pride and self-righteousness fuel bold statements that will end up being empty promises of a ‘better tomorrow.’ If mankind places its complete hope in the abilities and promises of man, we are certainly a creation doomed to fail.

In her book, Stay Salt, Rebecca Manley Pippert writes an observation of Jesus’ temptation in Luke 4.

“It is almost impossible to appreciate the depth to which Jesus humbled himself by assuming our human nature. What Jesus shows us so very vividly is that we are created to be God-dependent, not self-sufficient. That is why Jesus was never ashamed by his dependence upon God. He wasn’t embarrassed that he needed to pray for guidance, or ashamed that he became tired or hungry—because that is what it means to be human.”

Thinking on this statement, I was reminded that Jesus Himself, God’s Son, was dependent on His Father. His dependence on His Father was the model of how life was intended to be lived.

So why do I have 2 Chronicles 7:11-22 listed as the passage of reference today? Well, in this passage is the well-known and often quoted verse 14 – “If my people who are called by my name humble themselves, and pray and seek my face and turn from their wicked ways, then I will hear from heaven and will forgive their sin and heal their land.” The setting is Solomon’s dedication of the newly build temple in Jerusalem.

Solomon brings the Ark of the Covenant back to rest in the temple and offers praise and prayer to the Lord. Verses 12-22 record God’s response. Here we see the promise of God to continue to keep the covenant He made David to continue to establish His throne as long as they did not abandon Him.

In verse 14 we see the God’s conditions for restoration of the nation: “humble themselves, pray, seek my face, and turn from their wicked ways.” What is common with these conditions is they are all admitting insufficiency. If a person/people were to actually “do” this, it would be admitting “I/we cannot do this. Your ways are best. I/we are not autonomous from You.”

Perhaps you have just said an agreeable, “Amen! That’s right pastor! Yes, it’s what needs to happen in the lives of our leaders in this country.” But it is also what needs to happen in you and me – daily. Just as we would love to have those who lead us “humble themselves, pray, seek His face, and turn from their wicked ways”, the same is true for you and I – His people. Note the first three words in the same verse – “If my people.” 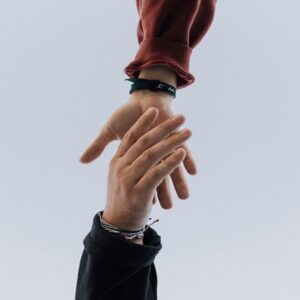 People sometimes feel it is ‘weak’ to admit they need someone else to help them. Sometimes we don’t want others to think we are ‘not enough’ or we do not have the ability to do something. What I have learned and continue to learn is, in myself I am insufficient. But as the verse reminds us, “For I can do everything through Christ, who gives me strength” – Philippians 4:13 (NLT). Paul is saying that He is also insufficient in himself to do what God has called him to. Only Christ is sufficient. 2 Corinthians 12:9 (ESV) “But he said to me, “My grace is sufficient for you, for my power is made perfect in weakness.” Therefore I will boast all the more gladly of my weaknesses, so that the power of Christ may rest upon me.” This verse is so counter intuitive to our human way of thinking. But it is the key to true joy and success in life!

Yes, as His people, let us pray for our leaders in government and that they would repent and look to the Lord. But let us also take to heart these truths personally each day. Why? We were not made to be independent from, but dependent on God.