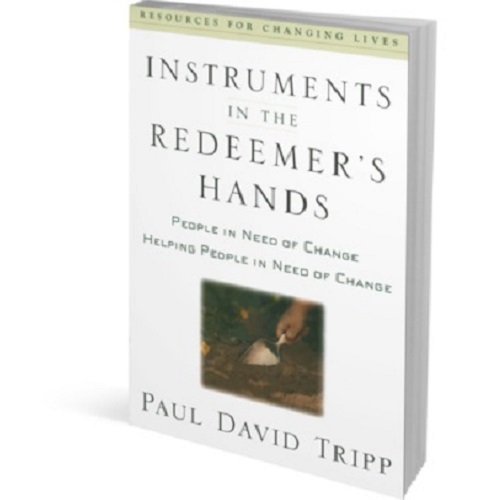 The next two weeks I am sharing an excerpt from Paul Tripp’s book, Instruments in the Redeemer’s Hands: People in Need of Change Helping People in Need of Change. We often struggle with seeing real change in our own lives. We also wrestle with change happening in the lives of those we love – family members and friends. Read and reflect upon these words from Jesus in Matthew:

Some thoughts from Paul Tripp: 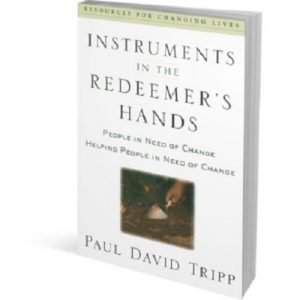 Change that ignores the heart will seldom transform the life. For a while, it may seem like the real thing, but it will prove temporary and cosmetic.

This often happens in personal ministry. From a distance it looks as if the person has really changed. When held accountable, the person does and says different things. The husband seems to be gentle and attentive to his wife. The teenager seems to treat his parents with new respect. The depressed person is up and out of the house. The broken relationship seems to have been restored. But the changes don’t last and in six weeks or six months, the person is right back where he started. Why? Because the change did not penetrate the heart, so changes in behavior were doomed to be temporary.

This is what happens to the teenager who goes through the teen years fairly well under the careful love, instruction, and oversight of Christian parents, only to go off to college and completely forsake his faith. I would suggest that in most cases he has not forsaken his faith. In reality, his faith was the faith of his parents; he simply lived within its limits while he was still at home. When he went away to school and those restraints were removed, his true heart was revealed. He had not internalized the faith. He had not entrusted himself to Christ in a life-transforming way. He did the “Christian” things he was required to do at home, but his actions did not flow from a heart of worship. In the college culture, he had nothing to anchor him, and the true thoughts and motives of his heart led him away from God. College was not the cause of his problem. It was simply the place where his true heart was revealed. The real problem was that faith never took root in his heart. As a result, his words, choices, and actions did not reveal a heart for God. Good behavior lasted for a while, but it proved to be temporary because it was not rooted in the heart.

Next week, I will share some principles from this passage in Matthew, that Paul Tripp offers in our effort to encourage change. These truths are insightful as we seek personal change and to minister to others for real change.