Last time, we looked at the danger of success as it happened in David’s life. The context was the scene where he justified adultery with Bathsheba in 2 Samuel 11. David tried to cover up his sin and when that failed, he planned the death of Urriah, Bathsheba’s husband. In chapter 12, Nathan the prophet confronted him about his sin. “Why, then, have you despised the word of the LORD and done this horrible deed? For you have murdered Uriah the Hittite with the sword of the Ammonites and stolen his wife.” (12:9, NLT)

Nathan continues and conveys the consequences that will come to David’s life and home. 2 Samuel 12:13-14 (NLT) “Then David confessed to Nathan, “I have sinned against the LORD.” Nathan replied, “Yes, but the LORD has forgiven you, and you won’t die for this sin. Nevertheless, because you have shown utter contempt for the LORD by doing this, your child will die.” 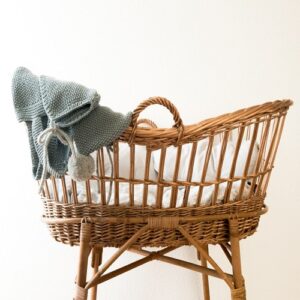 The good thing – God graciously forgives. David confessed his sin against the Lord and the Lord forgave him. The bad thing – there were serious consequences for his sin. One, their child that Bathsheba carried, was born, got sick, and died.

But there were also other consequences. 2 Samuel 12:11-12 (NLT) “Because of what you have done, I will cause your own household to rebel against you I will give your wives to another man before your very eyes, and he will go to bed with them in public view. You did it secretly, but I will make this happen to you openly in the sight of all Israel.” Sounds kind of like family turmoil and something very tragic.

Well, as I continued to read on, I came to chapter 13. David’s son, Absalom, comes on the scene. His sister was raped by their stepbrother, Amnon, and Absalom burned with rage and desired revenge. Absalom then planned to avenge his sister’s rape by killing Amnon. Following Amnon’s death, David’s relationship with Absalom was severed for over 2 years! Their relationship was reconciled briefly before Absalom began conspiring against David to take his throne. Absalom used his good looks and charm to win the hearts of many of those who lived in the land. So much so, David had to again flee in fear of his life just like he had prior with Saul.

Moving ahead to chapter 16, beginning with verse 15 and following we read, “Meanwhile, Absalom and all the army of Israel arrived at Jerusalem, accompanied by Ahithophel. When David’s friend Hushai the Arkite arrived, he went immediately to see Absalom. “Long live the king!” he exclaimed. “Long live the king!” (16:15-16, NLT) Absalom had taken Jerusalem and the people began to proclaim him king!

Then what happened next was just as the prophet Nathan had said. 2 Samuel 16:20-22 (NLT) “Then Absalom turned to Ahithophel and asked him, “What should I do next?” Ahithophel told him, “Go and sleep with your father’s concubines, for he has left them here to look after the palace. Then all Israel will know that you have insulted your father beyond hope of reconciliation, and they will throw their support to you.” So they set up a tent on the palace roof where everyone could see it, and Absalom went in and had sex with his father’s concubines.” Wow! The consequences of sin played out in the life of David as the prophet Nathan had said (12:11-12).

Often, we believe that God is gracious and therefore the consequences of our sin are all removed. Sometimes it is clear we have bought this lie when we contemplate something sinful. “It is not a big deal. God is gracious and the consequences will not be bad. After all, I am God’s child.” Satan deceives us into believing this lie. As a child of God, we have the power of the Holy Spirit within us to say “no” to those temptations and resist our enemy’s lying tongue.

Yes, there are consequences to our sin. They manifest spiritually, relationally, and physically. In the life of David, we see how he let his guard down. He was a success and it appears he felt invincible. In his compromised state, he saw something that appealed to his eyes, and he gave into the temptation. He could have never imagined the long-lasting consequences that were tied to one decision to sin.

What about you? Do you rationalize when temptation comes your way? Do you try and tell yourself, “This won’t hurt anyone? It’s no big deal.” If you are asking these questions, you are already in the midst of Satan’s deception. James reminds us in James 4:7 (NLT) “So humble yourselves before God. Resist the devil, and he will flee from you.” And Paul in Galatians 5:16 (NLT) says, “So I say, let the Holy Spirit guide your lives. Then you won’t be doing what your sinful nature craves.”