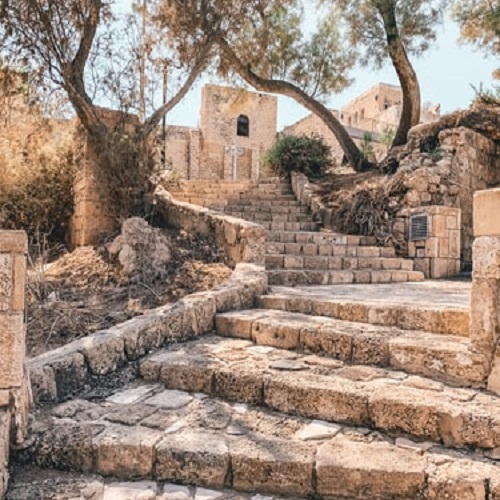 I finished the book of Ezra a week ago and have been reflecting on it. Perhaps some of you were not even aware there was such a book in the Bible! Sometimes we might overlook it and forget it is there.

Consider this background of Ezra given by the ESV Bible,

“The book of Ezra begins where 2 Chronicles ends. As prophesied by Isaiah (Isa. 44:28), the Persian King Cyrus had sent exiles led by Zerubbabel back to Jerusalem in 538 b.c. (Persia had defeated Babylon in 539.) Despite opposition from the non-Jewish inhabitants of Judea, and after encouragement by the prophets Haggai and Zechariah, the temple was rebuilt (515). Then in 458, Ezra led the second of three waves of returning exiles.”

The first thing that caught my attention was in the first fives verses. Let’s take a moment to look at them – Ezra 1:1-5 (NLT).

“In the first year of King Cyrus of Persia, the Lord fulfilled the prophecy he had given through Jeremiah. He stirred the heart of Cyrus to put this proclamation in writing and to send it throughout his kingdom: “This is what King Cyrus of Persia says: “The Lord, the God of heaven, has given me all the kingdoms of the earth. He has appointed me to build him a Temple at Jerusalem, which is in Judah. Any of you who are his people may go to Jerusalem in Judah to rebuild this Temple of the Lord, the God of Israel, who lives in Jerusalem. And may your God be with you! Wherever this Jewish remnant is found, let their neighbors contribute toward their expenses by giving them silver and gold, supplies for the journey, and livestock, as well as a voluntary offering for the Temple of God in Jerusalem.” Then God stirred the hearts of the priests and Levites and the leaders of the tribes of Judah and Benjamin to go to Jerusalem to rebuild the Temple of the Lord. And all their neighbors assisted by giving them articles of silver and gold, supplies for the journey, and livestock. They gave them many valuable gifts in addition to all the voluntary offerings.”

What stands out to you? I realize we are all wired differently, so we may each notice different things. Maybe you are a history person and went no farther than the first phrase, in the first year of King Cyrus of Persia. I was caught by something else – the activity of God. Or maybe you could call it the involvement of God.

There are people in the world who would call themselves deists. People that believe in God, but believe He is distant, disconnected, and does not intervene with His creation. Notice verse 1, the Lord fulfilled the prophecy he had given through Jeremiah. He stirred the heart of Cyrus to put this proclamation in writing and to send it throughout his kingdom. Clearly, we see God involved. Clearly, we see Him initiate and bring His plans to reality. Cyrus then acknowledges that it was God who ‘appointed’ Him to rebuild the temple in Jerusalem! God spoke to a foreign king to carry out His plans for His people!

Honestly, there was a smile on my face when I read those first verses! Isn’t that just like God? When all hope seemed lost and His chosen people were in exile in Babylon seemingly forgotten… but God. He never leaves or forsakes His own! He is so gracious and merciful. He even provides for our rescue!

The next part that stood out to me was Ezra’s commitment to study, obey, and teach the Law of God to the people when they settled back into Jerusalem. He would point them to the God who chose them. He would point to God’s deliverance, provision, and protection in the process.

As the people were settling in the land and getting reacquainted with their God, the leaders came to Ezra and said, “Many of the people of Israel, and even some of the priests and Levites, have not kept themselves separate from the other peoples living in the land. They have taken up the detestable practices of the Canaanites, Hittites, Perizzites, Jebusites, Ammonites, Moabites, Egyptians, and Amorites. For the men of Israel have married women from these people and have taken them as wives for their sons. So the holy race has become polluted by these mixed marriages. Worse yet, the leaders and officials have led the way in this outrage.” (9:1b-2)

The people were living in sin – rebellion against God. Ezra mourned their sin, sought the Lord, and confessed their sin. He then spoke to the people and called them to repent of their sin, “so now confess your sin to the Lord, the God of your ancestors, and do what he demands. Separate yourselves from the people of the land and from these pagan women.” (10:10, 11)

Can you imagine the scene? What would you do? These men were going to deal radically with their sin! They were going to leave their ‘pagan’ wives and families to obey God! They became so aware or convicted of their sin, that they would do what was necessary to obey and honor God.

Clearly, we see the provision of God in Ezra and His mercy to His people. But we also see a proper response of man to a holy God. There was confession of sin, repentance, and a decision to honor God.

How about you? Do you know God is involved in your life? Do you know He is offended by the sin in your life that you neglect to be honest about? May each of us see God for who He is and choose to live our lives driven by a desire to honor His name!