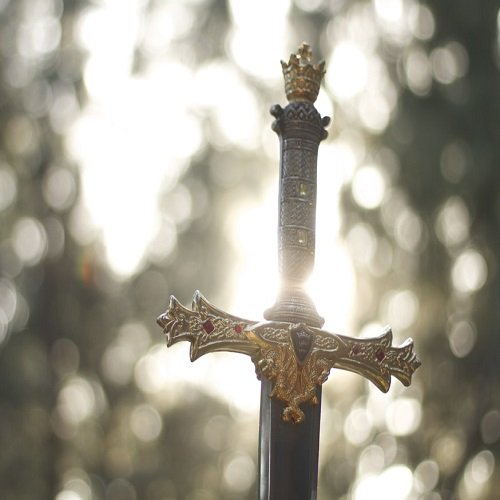 This past weekend the sermon I shared with you was from Mark 4:35-41. In the message, I contrasted two types of fear: being afraid and being in awe. The more we know and, by faith, trust Jesus – who He is and what He has done – the less afraid we should be. At the same time, there should a growing awe or confidence in Christ as we trust Him on life’s path. I ended the sermon with this question: will you trust Him and His provision for you? Your answer to the question ‘Who is this man?’ will determine your response.

All of life is a journey. Dare I say life is also a spiritual journey. As I look back on my life, I hope to see that I am further along in my faith. Not simply in the amount of knowledge I have. But has what I have read and learned impacted my faith in God, so it shows spiritual growth in my life? Has the truth of God’s Word been applied to my heart to the degree it has changed how I live life – what I value and love? I trust that is what each of us desire. As Paul said in Galatians 2:20 (NLT) “My old self has been crucified with Christ. It is no longer I who live, but Christ lives in me. So I live in this earthly body by trusting in the Son of God, who loved me and gave himself for me.”

1 Samuel 21. David is on the run from Saul. It has been confirmed by Jonathan that his father, Saul, wants to kill David. In chapter 21, David finds himself in a town called Nob. He goes to Ahimelech the priest. When asked why he is there alone, David explains he was there on a private matter from the king. Then he proceeds to ask for food, for he was hungry. So initially, the boy that killed a lion and a bear while protecting sheep and faced the overwhelming odds of defeating Goliath, was on the run in fear. Where was his confidence in God’s protection and provision? It appears David took his eyes off God and allowed fear to overtake him. He resorted to lying, and as we will see, he continued to be deceptive.

In verses 8-9 (NLT) David asked Ahimelech, “Do you have a spear or sword? The king’s business was so urgent that I didn’t even have time to grab a weapon!” “I only have the sword of Goliath the Philistine, whom you killed in the valley of Elah,” the priest replied. “It is wrapped in a cloth behind the ephod. Take that if you want it, for there is nothing else here.” “There is nothing like it!” David replied. 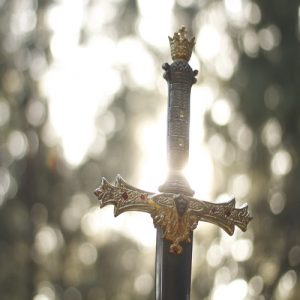 “Give it to me!”  Now, we see David taking the sword of Goliath he had previously defeated. Evidently, the trophy of war was kept as a reminder of God’s provision of victory. David’s eagerness to take the sword is now a picture of relying on His own means of protection. Here in Nob we see fear give way to sin and unbelief. This led him to take a path to an unlikely setting – Gath. Gath was the town from which Goliath was from!

While in Gath, David was recognized as the one who was a military victor over the Philistines! When found out, in fear David responded by acting like a madman. As we also find out, his ‘acting’ was good enough to allow him a way of escape.

What can we take away from this chapter? Any believer, no matter how deep their faith, can fall victim to fear. Even godly people struggle with doubts and fears. Once David escaped and reached safety, he had a chance to reflect. We see his written reflections in Psalms 34 and 56.  In these psalms, we learn the following about God:

I am thankful for the steadfast love of the Lord. I am thankful for His patience and compassion. Yes, the fears and the unknown of life can make us lose sight of our all-powerful God. But it is also great to know that He is there when we do fail in our faith. With David we can say, “The LORD redeems the life of his servants; none of those who take refuge in him will be condemned.” (Psalm 34:22, ESV)