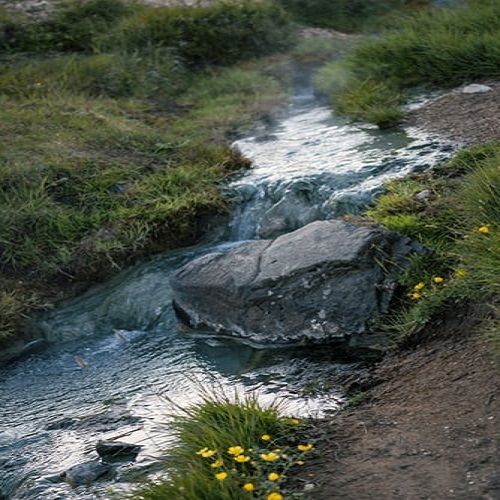 The country was divided. Opposition had risen against the house of Solomon after he died. Depending on who was king, God was either honored or evil was the rule of the day.

In 1 Kings 16:29 we are introduced to Ahab, son of Omri, who was king of Israel for 22 years. The scripture says in verse 30 (ESV) “And Ahab the son of Omri did evil in the sight of the LORD, more than all who were before him.” What a great thing to be said of someone and be recorded for everyone to read in God’s Word! If that was not enough, he married Jezebel of Sidon.

Samaria had been established as the capital city of Israel (Jerusalem was capital of Judah) and in the city Ahab built a temple for the god, Baal. He then put up an Asherah pole as an idol. It is thought that the Asherah was an idol to the goddess of fertility. Clearly the people had turned from the Creator God who had brought them out of Egypt to the promised land. They had resorted to worshipping the created instead of the Creator. The people throughout the area were far away from God.

As I read through this prelude to the introduction to the prophet Elijah, I reflected on the times in which we are currently living. It is clear there are some parallel issues: a divided country at odds with each other, God and His Word being pushed aside, the worship of created things, and so on. What can we learn about God and how He prepares us to stand for the truth in evil days?

Elijah stood on God’s Word facing the opposition. 1 Kings 17:1 (NLT) tells us, “Now Elijah, who was from Tishbe in Gilead, told King Ahab, “As surely as the LORD, the God of Israel, lives—the God I serve—there will be no dew or rain during the next few years until I give the word!” Imagine going to the leader who was the extreme opposite of everything you believed and proclaiming God’s Word. It would have been frightening, but ultimately Elijah was standing as an ambassador of the heavenly king who was above all.

Elijah stood before Ahab and delivered the Word of the Lord just as God had asked.

After Elijah spoke to Ahab, the Lord provided a place for him to hide by Kerith Brook. In this time, we see God providing for Elijah’s safety and sustaining his life with food and water. In time, the brook dried up due to the lack of rain. What now? God would use this time at Kerith brook to ‘cut down’ or humble Elijah so that he would fully trust Him. This was part of the training in becoming a man of God.

Have we seen God work in this way in our lives? You know, where He called us to something and then took us through a difficult time where we had to trust Him completely. Yes, God protected and provided for Elijah, but He also wanted to train him to become a true man of God.

As we will see in the story of Elijah, God trains and tests us to build our faith so that we will represent Him well. In the training and testing, we learn who God is, what He can do, and that we can truly trust Him.

Yes, following Jesus will have great challenges. We will face opposition for being a Christian and what we believe. But we are also called to represent Jesus. We are His ambassadors with the message of truth – the gospel. In the hard times that we live in, a line is being drawn in the sand – who is on the Lord’s side? God is calling those who are truly His own to be light in the darkness. He wants us to represent Him well. Why? The days are evil and the hope of God must be displayed!