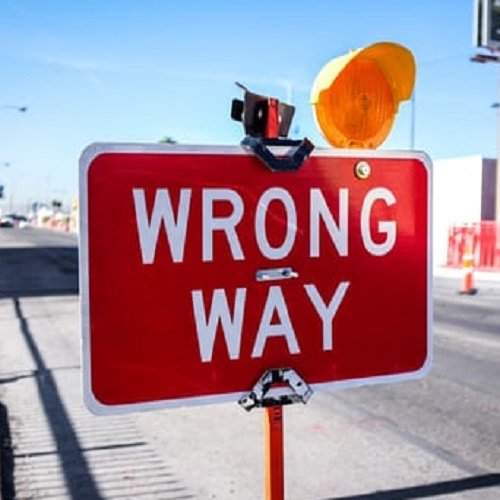 When just recently reading through this section of 1 Kings, a statement I had heard at one time came to mind – ‘When we make our own rules, we go our own way. That always leads to disaster’. It is what we see in our own lives when we choose to follow our own selfish desires. It is what see when others disregard the law and let their evil desires determine their actions. When we ignore God, His Word, and His ways, our lives will always end up in disaster

Thomas George, our district superintendent, uses a statement he has been proclaiming at pretty much every district gathering in recently times. It goes like this – “You were made by Him, for Him, and for His glory!” It is a reminder of who made us and for what purpose. The problem with man? When we lose sight of that reality, we fall again into sin. And sin leads to nothing but disaster.

Last time I wrote, we saw in 1 Kings 3 that “Solomon loved the LORD and followed all the decrees of his father, David.”  (v. 3a, NLT). Therefore, God spoke to him in a dream and told him to ask for whatever he wanted, and He would give it to him. As we discovered, Solomon asked for wisdom and God greatly blessed him with unusual wisdom. He asked for something that would help him discern right from wrong in governing God’s people. In the next few chapters, we see evidence of Solomon’s great wisdom in dealing with difficult decisions and in the process of building the temple for the Lord.

In chapter 8, we see Solomon summoning the elders to bring the Ark of the Covenant to the temple in Jerusalem and leading the people in songs of praise to the Lord! Later in the chapter we see written Solomon’s prayer of dedication of the temple and later in chapter 9, the Lord’s response. For Solomon, life is great, and he is honoring the Lord with what God has blessed him with.

Then we come to chapters 10 & 11. Just when everything was going great, something started to change. Solomon’s image was known far and wide. With acclaim and great wealth, often comes pride and self-confidence. Or as I mentioned before, ‘making our own rules’, leads to ‘going our own way’. Then chapter 11. Yep chapter 11. It starts, “Now King Solomon loved many foreign women (NLT). You may ask, “What’s wrong with that?” Verses 2 & 3 tell us – “The LORD had clearly instructed the people of Israel, ‘You must not marry them, because they will turn your hearts to their gods.’ Yet Solomon insisted on loving them anyway. He had 700 wives of royal birth and 300 concubines. And in fact, they did turn his heart away from the LORD.” (NLT)  Later in the chapter we see God’s response, “the LORD was very angry with Solomon, for his heart had turned away from the LORD, the God of Israel, who had appeared to him twice” (v. 9, NLT)

Now sometimes we have done something we were told specifically not to do. The consequences were not too severe. Perhaps we can all remember a time in our childhood when our parents told us specifically not to do something, and we did it anyway. The consequences may not have changed the complete course of our lives. But there have been many other times when the consequences had a much greater effect on our lives and the lives of others. Those are the times when the statement I shared can be clearly seen. Choosing our own way instead of God’s has devastating results. 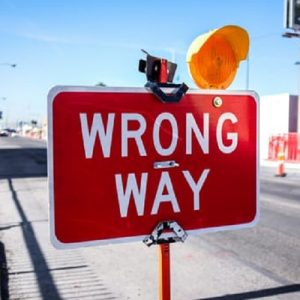 In the second half of chapter 11, after Solomon turned from God to his own desires (own ways & rules), we start to see the beginning of the division of Israel. Hadad, Jeroboam, and other royal officials rose up and rebelled against Solomon. It took the prophet Ahijah to send a word from God through Jeroboam to Solomon to get his attention. Eventually, the people of Israel were again divided into two separate kingdoms, Israel and Judah. Jeroboam then is made king of Israel and from the advice of his counselors, made idols of gold to worship instead of worshiping the one true God.

All because of Solomon choosing his own way over God’s.

When we lose sight of why we were created – “made by Him, for Him, and for His glory” – the disaster becomes the path that we chose without Him. But praise God it does not have to end there!

Titus 3:4-7 (NLT) “But—When God our Savior revealed his kindness and love, he saved us, not because of the righteous things we had done, but because of his mercy. He washed away our sins, giving us a new birth and new life through the Holy Spirit. He generously poured out the Spirit upon us through Jesus Christ our Savior. Because of his grace he declared us righteous and gave us confidence that we will inherit eternal life.”

Rejoice in His grace!